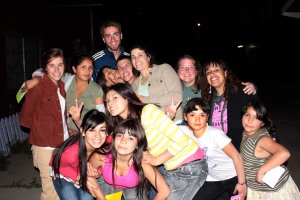 Monday night we enjoyed eating dinner with the girls and sharing our testimonies. Some of us talked to them about the House of Hope and we became aware once again how much they need hope. One of our team members was asked by a 10 year old girl that if she committed suicide, would she still go to heaven. Some of the girls struggle with thoughts of suicide, drugs and sex. Recently a girl who used to live at the Hogar committed suicide. So, this event is fresh in the minds of the girls. It is so hard for us to see them struggle with these thoughts at a young age and this is why we come to Chile to show them God’s love for them so they can have a hope and a future. Please pray for the girls that they would sense God’s love and presence in their lives. Pray for Leonardo, his wife Vivian, the counselors and Tia’s for wisdom and guidance in sharing God’s love with the girls. 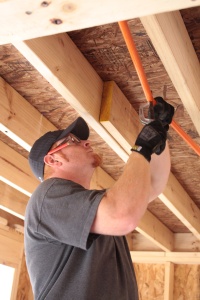 Tuesday, the electricians (Bob, Mickey, Dennis and Dick) starting snaking the electrical wires. Andreas and Claire finished the building wrap on the upper level of the house. Some of the team members (Katherine, Jacob and Diane) began picking up the smaller pieces of wood, nails and building materials to clean up the work site. That continues today as we start preparing to leave. Monday evening we enjoyed a nice dinner at the Hogar with the girls from the House of Hope, Daniel, Jessica and Anais as well as a couple of the girls who used to be at the Hogar (Lili and Theresa). Theresa brought jewelry that she had made and we were able to buy some to take home.

Today, Kerry, Lee and Andrew are installing the exterior doors to Willie and Patti’s house. Katherine and Claudia are setting aside OSB sheathing so the windows can be boarded up later today. Debby and Diane have been packing up the kitchen tools while the rest of the team begins to pack up the building tools. Debby and Diane have enjoyed spending time with Patti each day while preparing lunch. She makes the best bread pudding! We leave for Vina del Mar around 10 AM on Thursday for our time of rest and relaxation.

This morning Tom received the sad news about the sudden passing of Mike Strecker, a longtime missionary to Chile and other South American countries. Some of you may have had the opportunity to meet him and his wife Linda in 2008 when they worked with the teams while Bob and Cheryl Fugate where in the states on home assignment. Mike and Linda were preparing to serve in Arlington, Virginia as the pastor of the Arlington Alliance Church. They had finished loading the moving truck yesterday in Tucker, GA and were going to get a good night’s rest before leaving for Virginia. Mike had a massive heart attack during the night. Please keep Linda and sons, Andrew and Christopher in your prayers during this time. 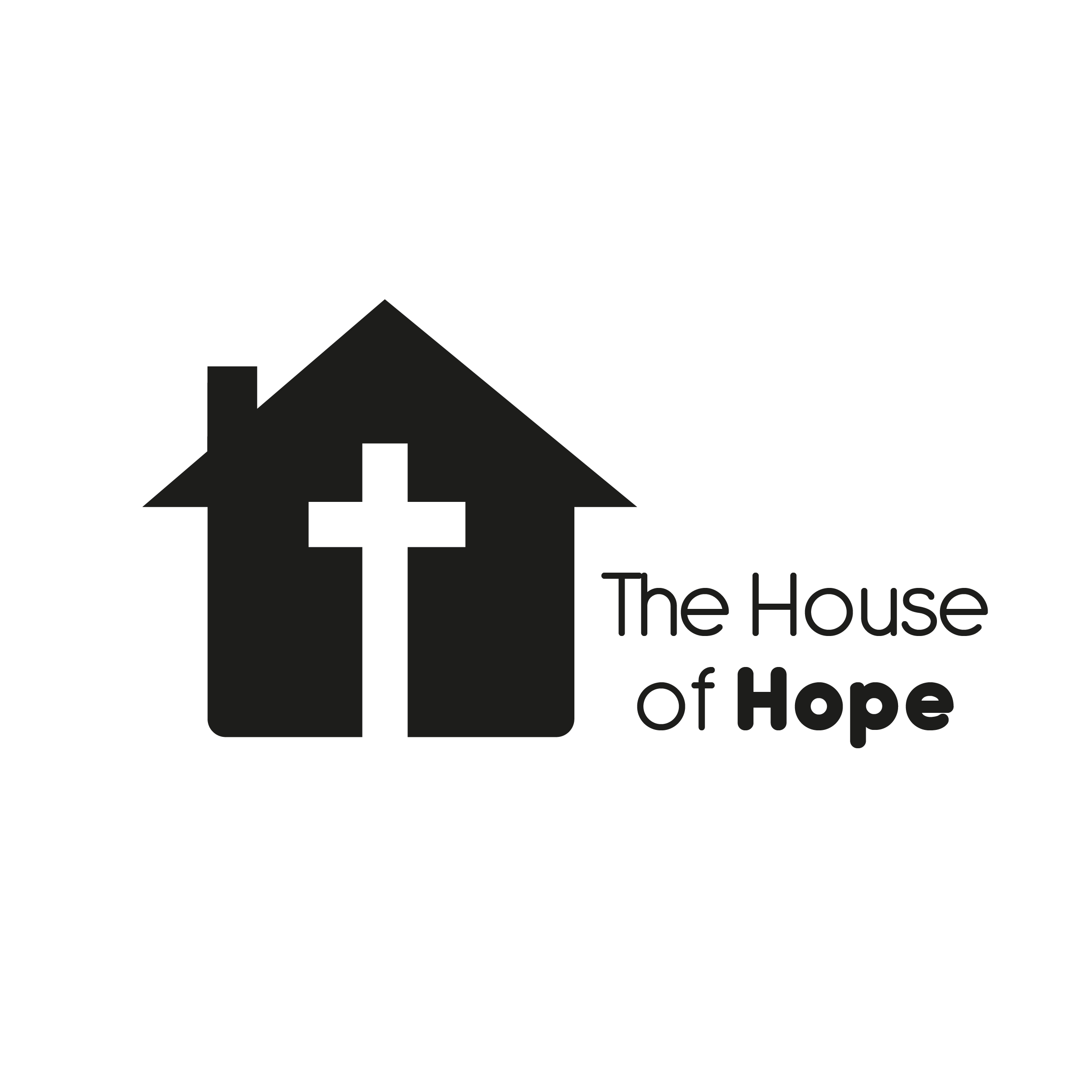 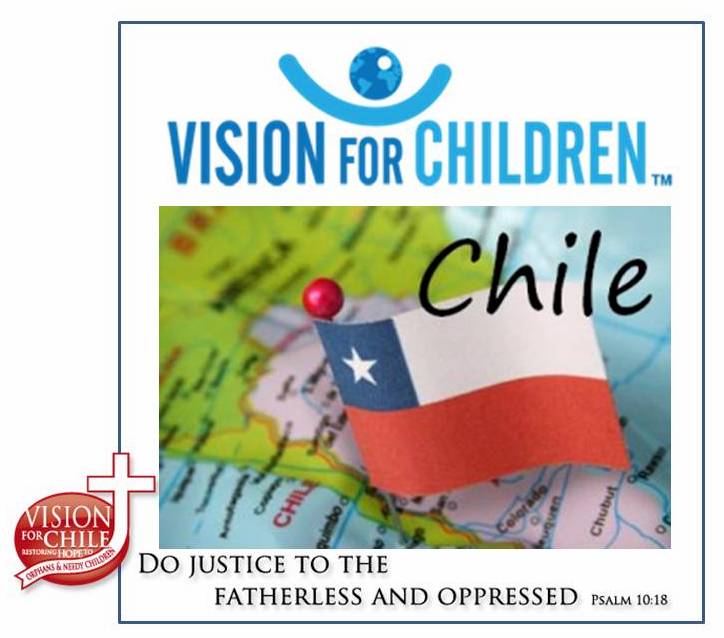